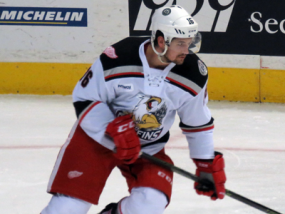 88
0
by Clark Rasmussen
In General News

As per club policy, financial terms were not announced, but the deal reportedly carries a $715,000 salary cap hit. The deal will kick in for the 2016-17 season, during which Ouellet will have to make the Red Wings’ roster or be exposed on waivers.

Selected by Detroit in the second round (48th overall) of the 2011 NHL Entry Draft, Ouellet has played 25 NHL games over the last two seasons. He has two career goals and one assist.

The native of Bayonne, France, has six goals and thirty assists in 132 career American Hockey League games, all with the Grand Rapids Griffins.


Jurco Assigned to Griffins for Conditioning