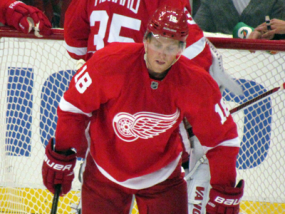 113
0
by Clark Rasmussen
In General News

Andersson broke into the Red Wings lineup during the lockout-shortened 2013 season after playing five games with Detroit the previous year. In 176 career games, Andersson has scored 14 goals and added 19 assists in a bottom-six role. He played parts of three seasons with the Grand Rapids Griffins after turning pro for the 2010-11 season.

The $815,000 contract is low enough that it would come off the books entirely if Andersson is demoted to the Griffins next season.


Datsyuk Has Surgey, Out Three Months