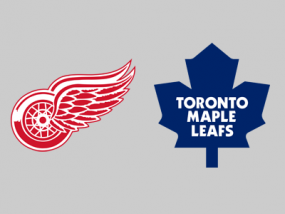 Detroit’s visit to Toronto comes amid much drama for the Leafs. After a series of embarrassing losses, the team finally won a game on Thursday night, but drew the ire of some by not taking part in the postgame ritual of saluting their fans.

The Red Wings have significantly less drama, though they remain without several roster players. Pavel Datsyuk is still out with a groin injury, Brendan Smith’s infected hand has him on IR, and former Toronto goalie Jonas Gustavsson is also still on IR. Xavier Ouellet will make his second appearance of the season on the Detroit blue line with Jakub Kindl the healthy scratch once again.

Jimmy Howard gets the start in goal for the Wings opposite Jonathan Bernier.