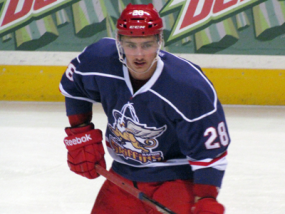 Of the 17, McIntyre, Hoggan, Evans, McCollum and Lanigan were not under contract with Detroit and were in the Red Wings’ camp as invitees. None of the others were expected to compete for a spot with the Red Wings, though Jurco could see time as a call-up in case of injury.

The moves leave Detroit with 38 players remaining on the roster.