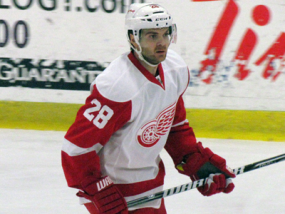 The Detroit Red Wings announced on Friday that defenseman Carlo Colaiacovo has been assigned to the American Hockey League’s Grand Rapids Griffins on a conditioning stint.

Colaiacovo, 30, was signed by the Red Wings as a free agent during the 2012 offseason. He appeared in only two games for Detroit before suffering a shoulder injury. He was cleared to play earlier this week but has been unable to work his way into the lineup.

In his two games with Detroit this season, he has no points or penalty minutes and has an even plus/minus rating.