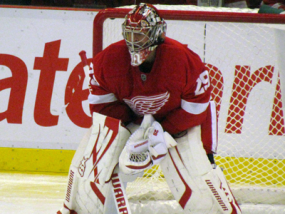 127
0
by Clark Rasmussen
In General

Goaltender Ty Conklin has cleared waivers and been assigned to the Grand Rapids Griffins.

Conklin had been exposed to waivers on Monday when the Red Wings revealed that Joey MacDonald would be kept with Detroit to back up Jimmy Howard as Howard returns from injury.

Conklin will likely remain with the Griffins for the rest of the season, as he would need to be placed on re-entry waivers to be called back to the Red Wings, at which point a team could claim him for only half of his salary and cap hit.

Conklin Waived, Expected to be Assigned to Grand Rapids