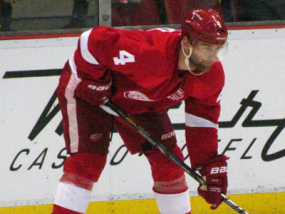 97
0
by Clark Rasmussen
In General News

In 23 games this season, Kindl has two goals and three assists.

Kindl has played 237 career games in the AHL, all with Grand Rapids. He most recently scored one goal during a two-game conditioning stint last season.

With Kindl in Grand Rapids, $950,000 of his $2.4 million salary cap hit will come off the Red Wings’ books. Reportedly the team will need to make another move to clear space under an internal salary cap of $66 million.