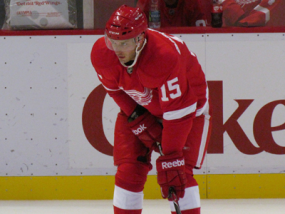 Brunnstrom played in only one of the Red Wings’ first nine games after earning a contract on a pro try-out during the preseason.

The move opens up one spot on the Detroit roster, as the Wings are currently carrying 13 forwards, seven defensemen and two goalies.