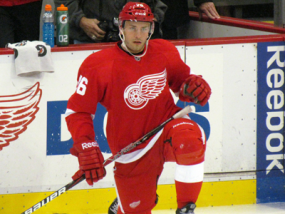 Forward Fabian Brunnstrom has signed a three-year contract with the Frolunda Indians of the Swedish Elite League.

Brunnstrom was unlikely to be offered a contract by the Detroit Red Wings after playing in their organization last season.  The team had said they were happy with his performance in five games with the Red Wings and 45 games with the AHL’s Grand Rapids Griffins but the signing of Swiss forward Damien Brunner made Brunnstrom redundant.

In heading back to his native Sweden, Brunnstrom ends his NHL career with 104 games played between the Red Wings and the Dallas Stars.  He scored 19 goals and 22 assists.


How Signing a Forward Could Have Helped the Wings’ Defense