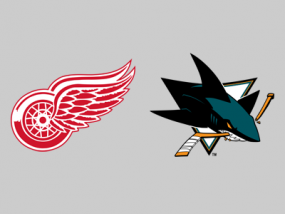 The Red Wings just put forth too little effort tonight, once again. And once again, it showed on the scoreboard as they walk away with a loss.

I jump on Joey MacDonald a lot but even with the third goal, I’m not faulting him in this one. He played a great game and the only way it could have been better would have been if he’d have communicated with Ericsson on that play.

The refs will get blamed, too, for the goal that was called back. It was a horrible call, I’m not going to defend it. I’m just going to remind people that the Red Wings scored again later in that power play. Only one of those goals was going to count, ’cause if the first did the second wouldn’t have happened with the power play over. The stupid call to negate the first goal wasn’t what stopped the Red Wings from scoring in the second and third periods.

That’s all I’ve got tonight. I hate West Coast road trips on weeknights.