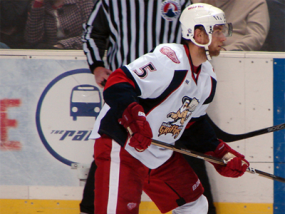 Kindl was sent to Grand Rapids for a conditioning stint on December 9, after being left out of Detroit’s lineup as a healthy scratch for over a month. In eight Griffins games he had a goal and four assists.