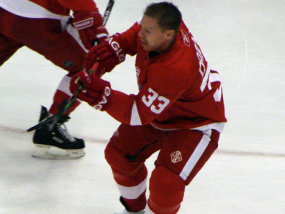 Draper to Have Surgery, Out 4-6 Weeks

83
0
by Clark Rasmussen
In General News

Draper met with specialist Dr. William Meyers in Philadelphia on Wednesday and confirmed that the injury that has kept him out of every game of the season would require surgery to repair.

Detroit general manager Ken Holland confirmed that the team would not call up any players to replace Draper on the roster, as Johan Franzen will return to the lineup Thursday against Calgary and Justin Abdelkader is expected to return from his rib injury soon.