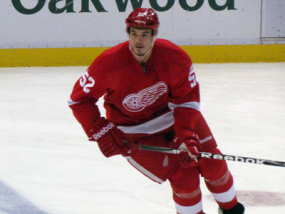 Add Jonathan Ericsson to the list of the Red Wings’ walking wounded.

The defenseman left Detroit’s 3-0 loss to the New York Islanders on Monday early and it was announced today that he suffered fractured ribs, which will leave him shelved for three to five weeks.

Detroit general manager Ken Holland said that he would not make a call-up from the Grand Rapids Griffins to replace Ericsson, as Jakub Kindl has been a healthy scratch and will return to the lineup.

The Red Wings were playing just their second game with a healthy defensive corps following the return of Danny DeKeyser from a separated shoulder.