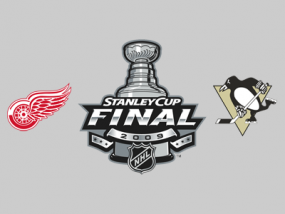 32
0
by Clark Rasmussen
In General News

The Red Wings look to claim their fifth Stanley Cup Championship since 1997 tonight in Game Six of Detroit’s series with the Pittsburgh Penguins.

The Wings, coming off of a 5-0 win in Game Five on Saturday, have a 3-2 series lead and see no need to make any lineup changes. They’ll stick with the same players that won that game, including Pavel Datsyuk, who had missed the first four games of the Finals.

Pittsburgh is expected to make one lineup change, bringing in Petr Sykora. Sykora has been held out of every game of the Finals as a healthy scratch but the Penguins are looking to add his scoring after being shutout on Saturday. There is no word on who he would replace in the lineup.