I’m not going to say that the Red Wings looked good in their 4-1 win over the Florida Panthers today. This is still, in general, a Not Good team. For the first time in a long time, though, they did all the things (consistently) that they needed to do to win a game, though.

Specifically, what I liked seeing today was how much Detroit was getting in the way of Florida passes, or knocking the puck off the Panthers’ sticks. It was a level of grind we haven’t seen from the Wings much. And it led directly to Detroit’s second goal, with Bobby Ryan stealing the puck and getting it to Givani Smith in front of the net.

Thomas Greiss got his first win as a Red Wing and it’s kind of funny because I don’t think he looked much better or worse than he usually does. Shows how much a goalie’s stats can be impacted by the team in front of him, which isn’t exactly surprising but is always interesting when such a strong example comes up.

Aside from that hit, I thought Florida’s Mackenzie Weegar was throwing his weight around in some annoying ways today. Earlier this season he bloodied Glendening without a penalty, then when Michael Rasmussen took him into the boards, Aaron Ekblad attempted to fight Rasmussen in retaliation. Today Smith hit Weegar and Ekblad again stepped in. I really don’t like it when players are willing to throw hits but can’t take one, and I really don’t like it when physical players have someone else do their fighting for them. This checks both of those boxes, so I was happy to see Weegar was the one who lost the puck on the play leading to Detroit’s empty-net goal.

As I’ve been writing this, the story behind Anthony Mantha‘s unexpected scratch was revealed: He was a healthy scratch. Look, I get that Mantha is underperforming. I thought he’d looked better over the last week than most of the team, though. I don’t get how you look at this roster and, eight games into a losing streak, say it’s time for him to sit. The Wings won, so you could say it worked, but this baffles me. It’s the first time I’ve moved strongly into the “Fire Blashill” camp. This is a rebuild. This kids are going to make mistakes. But why give Mantha the contract they gave him if this is how he’s going to be handled? I don’t get it. 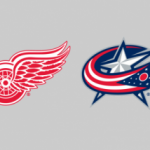 Thoughts on the Red Wings' 3-2 loss to the Columbus Blue Jackets on Monday afternoon. 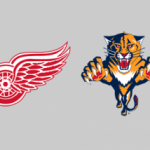 Well, that was pretty much what was expected, just with a better outcome. 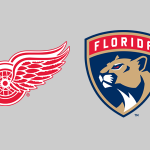 Thoughts on the Red Wings' 2-1 win over the Florida Panthers and the NHL Outdoor Games at Lake Tahoe.