This isn’t a new idea by any means. Quincey has been a scapegoat among the Detroit fanbase since about a week after he returned to the team in a trade deadline deal in 2012.

What’s interesting is that, this time, the suggestion was put forth by a member of the mainstream media. Traditionally (and for whatever reason you want to blame), the writers on the Red Wings’ beat don’t publish anything that could be considered controversial. Suggesting that a current roster player be dealt – and not taking it from the perspective of “this is what it might take to bring in Player X” – is something that hasn’t often been done. Especially damning is that St. James specifically calls Quincey’s play “mediocre.”

It could be the Red Wings brass speaking through the media. It could be that things are changing and the beat writers have a little more freedom than they previously seemed to. Given the team’s history with the media, though, this seems to carry some weight.

That said, the mainstream media-types were reporting that the Wings were looking to deal Jordin Tootoo all summer. Patrick Eaves‘ name came up. Those players, though, were pretty clearly the odd-men-out with Detroit’s cap (and roster space) crunch. Quincey isn’t quite in that boat, so it’s not quite the same thing to see his name in print.

For the record, I don’t see how any Quincey trade would be anything other than a salary dump. Detroit isn’t going to be able to flip Quincey for a prospect or high picks or anything like that. A probable deal – as St. James notes – would be Quincey for a late pick or a cheaper, older defenseman, with the Wings keeping some of Quincey’s contract. As Detroit already has Nathan Paetsch on an AHL-only deal with Grand Rapids, I’d rather see them get the late pick and the open spot on their 50-man reserve list, with the option to sign Paetsch if need be in the future.

We’ll see what happens. It’s all conjecture at this point but given the source, I’d be willing to be there’s substance there.

Red Wings’ general manager Ken Holland announced today that Henrik Zetterberg will miss at least two weeks with a torn disc in his back. Here are the bullet points…

Looks will Franzen will return to center to replace Zetterberg on line with Nyquist and Bertuzzi. Other lines the same in practice.
— Ansar Khan (@AnsarKhanMLive) December 3, 2013

Zetterberg said he knew something was wrong the last couple of games. Same disc that bothered him before. Evaluate again in couple weeks.
— Nick Cotsonika (@cotsonika) December 3, 2013

It hurts my soul to think about how bad of a position having both Zetterberg and Pavel Datsyuk out so I’m not going to try to explain how to the team will deal with it. Instead, I’m just going to toss a guess out there that the three alternate captains on Wednesday will be Niklas Kronwall (as expected), Daniel Alfredsson (since he’s been wearing Datsyuk’s letter) and Johan Franzen.(getting that third A).

For those who may have missed it, the H2H3 fundraising pledge games begin today with the Red Wings visiting the Ottawa Senators.

For example, I’ve got $11 pledged towards Daniel Alfredsson scoring a goal today. For each point he scores, I’m on the hook for $1.11. For each shot he takes against his former club, $0.11 (with the total rounded up to the next dollar just to make the accounting easier).

Earlier this week, J.J. from Kansas over at Winging it in Motown re-shared the story of his daughter’s birth as an example of why these fundraisers are so important. Unfortunately, his story is not unique. 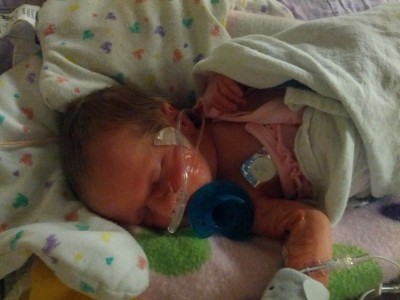 Meet Ellie. My daughter was born at 11:04 AM on April 27, the morning of the day that the Red Wings would round out the regular season with their fourth consecutive win and clinch a playoff berth. She wasn’t supposed to be born until the day that ended up being Game Five of the Stanley Cup Finals.

Ellie is one of three babies born eight weeks early on that day alone in our hospital. They each had their own challenges as they spent roughly the first month of their lives in the NICU. PICC lines for intravenous feeding, later upgraded to a relatively standard feeding tube. A nasal cannula for when they had trouble breathing. A tanning bed (okay, phototherapy) for when the bilirubin levels got to be worrisome. 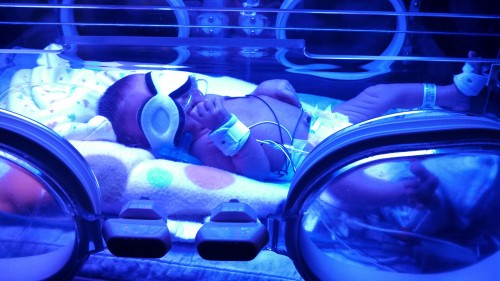 As a parent, eight weeks early is a terrifying number. Seeing your child in that situation is something I wouldn’t wish on anyone. But to anyone who ends up there anyway I can confidently say that the professionals taking care of your child are some of the most amazing people on the planet.

While we spent four weeks camped out in the NICU we saw some incredible things. Our neighbor when we first got there had been born at 26 weeks and was going strong a couple weeks in. A child was delivered at 23 weeks, an event for which the staff was completely prepared.

What you support when you make your pledge is a facility that makes positive outcomes for these extraordinary events so possible. You support the doctors and nurses and specialists who see a 32-weeker as no big deal. You support the families who are terrified at being there eight weeks before they expected to be.

We were not at Childrens’ Hospital of Michigan but it doesn’t matter. Whatever the actual location, these are incredible places that deserve our recognition.

If you haven’t already (or if you have and want to again), I ask you to, please, make a pledge. Any amount – it’s more than they would see if you did nothing. 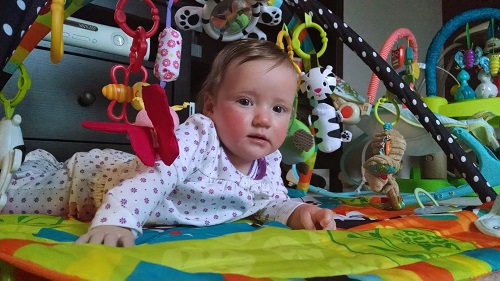