I was directed today to Love to Know’s 1911 Encyclopedia. The premise of that site?

The LoveToKnow Free Online Encyclopedia is based on what many consider to be the best encyclopedia ever written: the eleventh edition of the Encyclopaedia Britannica, first published in 1911. At a time when many encyclopedias have capsulated and condensed important knowledge, the 11th edition is generally much more in-depth and thorough on its topics.

Being almost 100 years out-of-date, some of the information in there is fantastic. The article on hockey doesn’t even mention ice hockey until halfway through. The rules are interesting to a history nut like me.

The rink must be at least 112 ft. long by 58 ft. wide, and seven players form a side. The goals are 6 ft. wide and 4 ft. high and are provided with goalnets. Instead of the English painted cricket-ball a puck is used, made of vulcanized rubber in the form of a draught-stone, T in. thick, and 3 in. in diameter. The sticks are made of one piece of hard wood, and may not be more than 3 in. wide at any part. The game is played for two half-hour or twenty-minute periods with an intermission of ten minutes. At the beginning of a match, and also when a goal has been made, the puck is faced, i.e. it is placed in the middle of the rink between the sticks of the two left-centres, and the referee calls “play.” Whichever side then secures the ball endeavours by means of passing and dribbling to get the puck into a position from which a goal may be shot. The puck may be stopped by any part of the person but not carried or knocked except with the stick. No stick may be raised above the shoulder except when actually striking the puck. When the puck is driven off the rink or behind the goal, or a foul has been made behind the goal, it is faced 5 yds. inside the rink. The goal-keeper must maintain a standing position.

Not Playoff-Level Yet, But Fine Hockey Anyway

In spite of what you may have heard, this highly anticipated matchup between the Red Wings and the Colorado Avalanche did not have playoff intensity. (Sorry.) Fans remember the playoffs better than the average hockey analyst does. Even the least of the playoff games has an intensity that even the best of the regular season games cannot possibly match. This game was a treat to see, but it is nothing compared to what we will get in the spring, if all goes well. 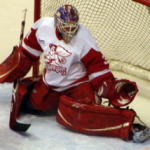 I made it out to my first Grand Rapids Griffins game last night, making sure that the only hockey game I watch this weekend will be one with some meaning. I won't pretend to know what's happening with the Griffins this season but here are a few thoughts on the game against the Quad City Flames... 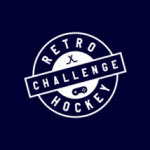