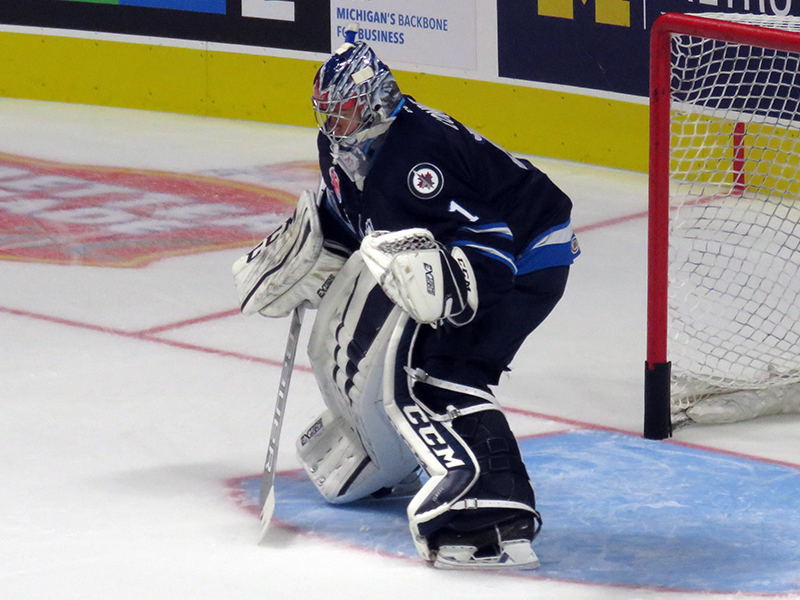 66
0
by Clark Rasmussen
In General

With goalie Jimmy Howard injured, the Red Wings improved their depth at that position on Saturday, trading defenseman Vili Saarijarvi to the Arizona Coyotes for minor league goalie Eric Comrie.

UPDATE: The #RedWings have acquired goaltender Eric Comrie from the Arizona Coyotes in exchange for defenseman Vili Saarijarvi. pic.twitter.com/pwerbwbrR1

I’ve always been a Saarijarvi fan but over the last several years it’s become clear that he was not in the Red Wings’ long-term plans.  As such, with it seeming like Howard will be out for an extended period, it makes sense to use the player you’re not going to use to acquire something you need right now.

Comrie is not waiver-exempt, and Calvin Pickard has already cleared waivers, so it seems likely that Comrie will back up Jonathan Bernier while Howard is out with Pickard heading back to Grand Rapids (and Pat Nagle headed back to Toledo from there).

At only 24, Comrie could also have a future with the organization, rather than just being a stop-gap.  He’s signed through the end of next season, as is Bernier, so Detroit could be looking at a Bernier/Comrie tandem for 2020-21, with Howard a free agent this summer and potentially departing.

Of course, Pickard is also signed with Detroit for next season, so it gives the team options.  The Red Wings will want Filip Larsson getting playing time in Grand Rapids, though, so it’s unlikely that we’ll see both Pickard and Comrie with the Griffins at any point in the next 18 months.