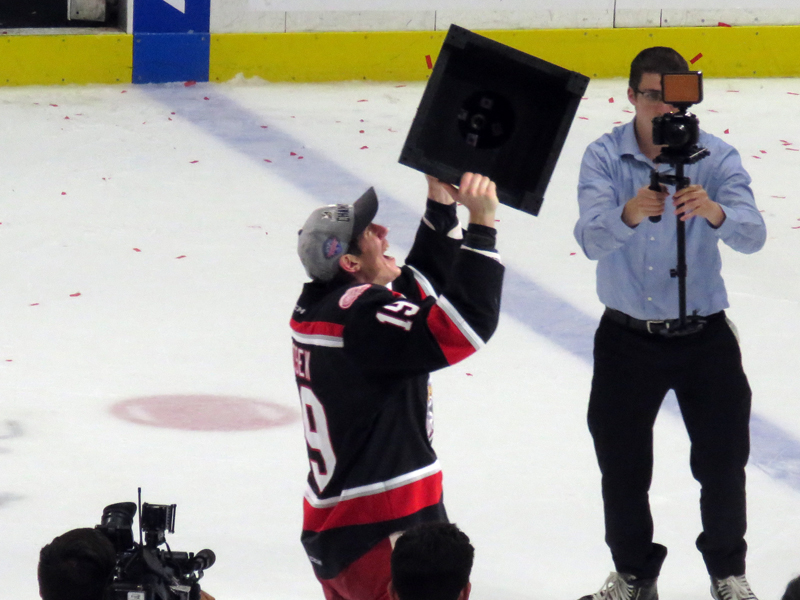 The Golden Knights selected one player from each of the other NHL teams to build out their initial roster.  Their list was due to the NHL at 10:00 AM but was not announced until the NHL Awards show in the evening, leading to a day of leaks and rumors about the team’s picks.

Nosek’s name began circulating as the likely selection early in the afternoon.  With names such as Riley Sheahan, Xavier Ouellet, and Petr Mrazek available from Detroit, the move comes as something of a surprise.

Nosek scored ten goals and added 12 assists in 19 playoff games to lead the Grand Rapids Griffins on their run to the American Hockey League’s Calder Cup Championship.  He scored a goal in eleven appearances with the Red Wings during the 2016-17 season and was expected to join the club full-time next year.

The move makes plenty of sense for the Golden Knights.  As I stated yesterday, Nosek would have been the obvious, cheaper replacement for several of the players Vegas could have selected off of the Red Wings’ NHL roster.  With that in mind, why would general manager George McPhee take one of the more expensive players, such as Sheahan, when he can cut straight to the player who would have been his replacement?

With Nosek selected, Detroit has failed to unload any of their troublesome contracts or troublesome players.  Notably, GM Ken Holland will now have to try to find a taker for Mrazek – whose attitude has been called into question since it was revealed that he was not on the team’s protected list – and his $4 million contract, or keep him and hope that his brief availability serves as a wake-up call.