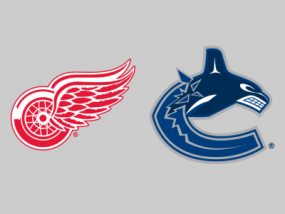 Jimmy Howard will get another start in net for Detroit tonight as the Red Wings host the Vancouver Canucks.

It will be the sixth start of the season for the NHL’s save-percentage and GAA leader, and it’s looking like Petr Mrazek’s hold on the starting role is tenuous at best.

No line changes are expected, meaning Xavier Ouellet and Ryan Sproul are out on the blue line and Drew Miller is a healthy scratch up front.