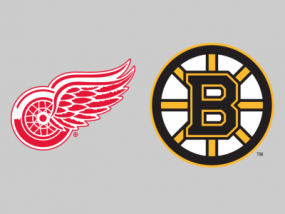 5
0
by Clark Rasmussen
In General

Ten days ago the Red Wings were out of the playoffs and had lost control of their own postseason fate. Throughout the month of March, Detroit dropped games to the powerhouse Chicago Blackhawks, Tampa Bay Lightning, and Pittsburgh Penguins, eliminated teams such as the Toronto Maple Leafs and Montreal Canadiens, and – even worse – the Philadelphia Flyers, with whom the Red Wings are fighting for a playoff spot.

By rattling off a series of wins to start April – including Wednesday’s shutout of the Flyers – they were in control again heading into Thursday’s matchup with the Boston Bruins. Against another team with whom they’re fighting for a playoff spot, the Wings were in position to clinch their 25th consecutive postseason appearance.

And they fell flat.

In a game that could have sent them to the playoffs, the Red Wings looked like they forgot there was even a game to play. Sure, they had played an emotional game the night before. That’s an excuse to come out looking tired. They didn’t come out tired, they came out looking lost.

After the game, the Red Wings gave credit to the Bruins for playing like the playoffs were on the line. As if they weren’t for Detroit, as well.

The Red Wings still control their destiny. A win over the New York Rangers on Saturday afternoon to close out the season and they’re in. But a win on Thursday in Boston would have done it, too, and instead they offered up an embarrassment.

It’s been the tale of two teams all season in Detroit. The one that grits out wins or the one that suffers losses that leave you shaking your head. One of those teams deserves to make the playoffs. That had better be the one that shows up on Saturday.