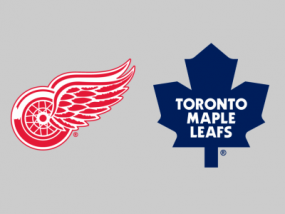 118
0
by Clark Rasmussen
In General

Detroit is coming off a 2-1 win over the Tampa Bay Lightning on Tuesday night. Toronto last played on Wednesday, a 4-2 loss to the Winnipeg Jets.

Petr Mrazek will get the start in goal for the Red Wings, with no other lineup changes expected. Defenseman Mike Green will not yet return from injury and forward Tomas Jurco will remain a healthy scratch.

The 2015 Hockey Hall of Fame inductees – including former Red Wings Nicklas Lidstrom and Sergei Fedorov – will be honored in a ceremony at the game.

Stupid stat of the day: The Red Wings are winless all-time in Hockey Hall of Fame Games.