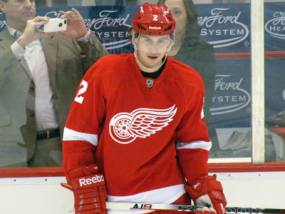 The Detroit Red Wings announced the signing of defenseman Brendan Smith to a two-year contract extension on Tuesday.

Financial terms were not officially announced but the contract is reportedly worth $2.75 million per season.

Smith had been scheduled to become a restricted free agent on Wednesday.