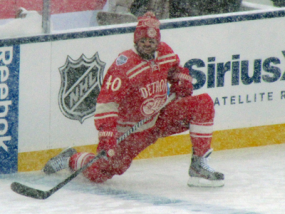 91
0
by Clark Rasmussen
In General News

The Detroit-Colorado matchup will be at Denver’s Coors Field on February 27, 2016. One week earlier, the Minnesota Wild will host the Chicago Blackhawks at TCF Bank Stadium on the campus of the University of Minnesota in Minneapolis.

The Avalanche have yet to be involved in one of the league’s slate of outdoor games.

The league also announced that the 2016 Winter Classic will be hosted by the Boston Bruins at Gilette Stadium. It will be Boston’s second time hosting the Winter Classic.