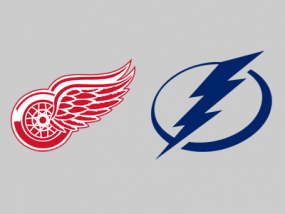 The Red Wings will be without Pavel Datsyuk for a second consecutive game, as his sore groin will keep him from tonight’s matchup between Detroit and the Tampa Bay Lightning.

They will get one player back from injury, however, as Kyle Quincey rejoins the blueline, having recovered from his ankle injury. Quincey replaces Brian Lashoff in the lineup. Up front, it appears that Tomas Jurco will remain a healthy scratch while Stephen Weiss remains on injured reserve.

Jimmy Howard gets the start in goal for Detroit.

Stupid stat of the day: The Red Wings lost to the Lighting last November 9th. Every time the Wings have played the same team on consecutive November 9ths, the result of the second game has been different from the first.