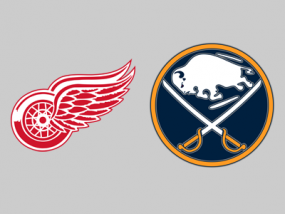 The Red Wings get one more shot to end their losing streak before Christmas tonight, as they host the Buffalo Sabres having lost six games in a row.

Detroit will get some help up front as Stephen Weiss returns from injury. He’ll replace Daniel Cleary in the lineup, leaving Cleary and Joakim Andersson as healthy scratches.

There will be no changes on the blue line, with Brian Lashoff once again the odd-man out.

Petr Mrazek gets the start in goal with Jimmy Howard still unable to go. Howard was placed on short-term IR to make room for Weiss’ return and Tom McCollum remains as Mrazek’s backup.

Stupid stat of the day: Detroit is 37-34-14 all-time in their last game before Christmas.