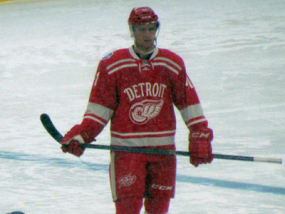 88
0
by Clark Rasmussen
In General News

As per club policy, financial terms were not formally announced. The deal reportedly carries a $628,333 salary cap hit for $1.885 million total value.

In his first NHL season, the 24-year-old has six points (all assists) in 51 games played. After four years at the University of Michigan, he turned pro last season, starting the year with the Toledo Walleye before moving up to his hometown Grand Rapids Griffins. He had 26 points for the Griffins in 51 games there, adding 16 more in 24 playoff games en route to a Calder Cup Championship.


My Argument Against Glendening