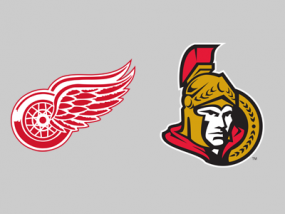 Detroit is expected to use much the same lineup as they did in their double-shutout shootout loss to the San Jose Sharks on Monday. The forward lines will remain the same but there could be a change on defense, with Niklas Kronwall returning from concussion to replace Xavier Ouellet. Ouellet had been returned to the Grand Rapids Griffins after making his debut against the Sharks but Kronwall took a puck to the face in the morning skate and may not be able to go tonight, so he was brought back up as insurance.

Jimmy Howard will get the start in net.

Stupid stat of the day: The Red Wings are 2-2-1 this season against teams for whom one of their current players formerly played.