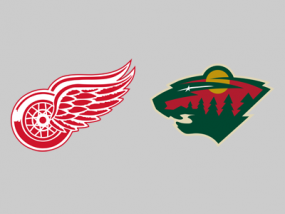 Pavel Datsyuk will be a game-time decision for Detroit. He missed Friday’s loss to the Anaheim Ducks with a shoulder injury but took the morning skate today. He’ll take pre-game warmups before determining if he can go tonight.

Mikael Samuelsson will make his first appearance in the Wings’ lineup since the second game of the season, returning from a groin injury. To make room for him, Gustav Nyquist was returned to the Grand Rapids Griffins.

On the blue line, Kent Huskins will swap back into the lineup in favor of Jakub Kindl.

Rookie Petr Mrazek gets the start in goal for Detroit. It will likely be his final start before returning to the Griffins, as Jonas Gustavsson is in Grand Rapids getting a rehab start in and seems ready to return from his groin injury.