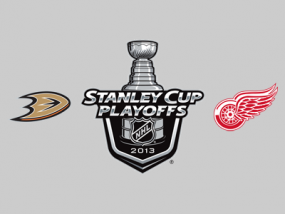 The Red Wings will be without forward Justin Abdelkader, suspended for two games following his hit on Toni Lydman in Game Three. The hit also earned him a five-minute major (on which the Ducks’ first goal was scored) and ejection.

Mikael Samuelsson will replace Abdelkader on the top line with Henrik Zetterberg and Pavel Datsyuk. Todd Bertuzzi jumps back into the lineup to replace Samuelsson on the fourth line.

Brian Lashoff remains in the lineup on the blue line after swapping in for the injured Danny DeKeyser in Game Three.