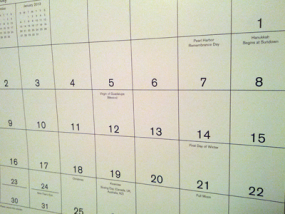 106
0
by Clark Rasmussen
In General News

The 2012-13 National Hockey League season officially became the 2013 season on Thursday, as the league announced the cancellation of all games through January 14th.

Games through December 30th had previously been cancelled as the league’s lockout of its players’ continues, with the two sides unable to agree on a new collective bargaining agreement.

The announcement of the latest set of games lost comes as the NHLPA membership votes on whether or not to authorize a disclaimer of interest, a move which would effectively dissolve the union and move the CBA battle into the courts. Detroit Red Wings player representative Daniel Cleary expects the measure to pass near-unanimously.

With the latest cancellations, 41 games from the Red Wings’ schedule have been lost, exactly 50% of the original slate.