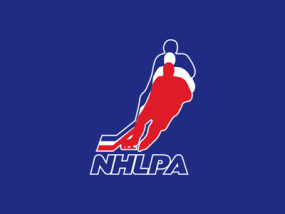 NHLPA Opts Not to Disclaim

With negotiations between the National Hockey League and the NHL Players’ Association continuing late into Wednesday night, the NHLPA opted not to exercise their option to declare a Disclaimer of Interest.

The players had voted in December to authorize the NHLPA Executive Board to file a Disclaimer of Interest up until midnight on Wednesday if the Board thought it was necessary to resolve the labor strife between the league and the union. That the disclaimer was not filed seems to indicate that the NHLPA believes a resolution can be reached without taking the battle to the courts.

Had the players filed a Disclaimer of Interest, it would have effectively dissolved the union. Players would have had the option of taking the league to court with anti-trust lawsuits challenging the legality of the lockout. This is still an option but the NHLPA membership would likely need to vote on it again.

The latest negotiations were sparked by an NHL offer last Thursday. The NHLPA responded with a counter-offer on Monday, which the league countered on Tuesday. The players delivered another counter-offer early on Wednesday.

The league has set a deadline of January 11 for reaching a deal that would salvage a season. Games would begin on January 19.