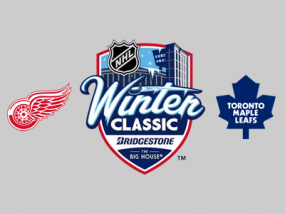 The National Hockey League officially cancelled the 2013 Winter Classic on Friday.  The game was set to be played at Ann Arbor’s Michigan Stadium between the Detroit Red Wings and the Toronto Maple Leafs.

The league was reportedly notifying sponsors and other affiliates of the cancellation on Friday morning.  University of Michigan athletic director David Brandon confirmed the cancellation to Bill Shea of Crain’s Detroit Business early in the afternoon.

Cancellation of the outdoor event comes as the league would have owed another rent payment to Michigan.  The league had agreed to pay the University $3 million for the use of the stadium but will forfeit only $100,000 by cancelling on this date.

The league cancelled regular season games through the end of November last week as their lockout of the players continues.  The two sides haven’t met for negotiations on a new collective bargaining agreement since the November cancellations were announced.

With the loss of the Winter Classic, the Hockeytown Winter Festival will also be cancelled.  That event, intended to be held at Detroit’s Comerica Park, was to last for two weeks and feature many levels of hockey.  Youth games and open skates would have led into the Great Lakes Invitational college tournament, and Ontario Hockey League double-header featuring the Plymouth Whalers and Saginaw Spirit, an American Hockey League matchup between the Toronto Marlies and Grand Rapids Griffins, and a pair of alumni games pitting the Red Wings against the Maple Leafs.

The League announced that the next Winter Classic will take place at Michigan Stadium.