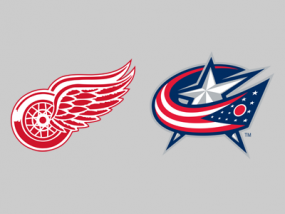 Easy to say this one was “only Columbus” but two points are two points, and some of the plays tonight were impressive against any NHL team. Henrik Zetterberg and Pavel Datsyuk each with nearly-blind passes leading to goals, for example.

On one of those, fantastic to see Gustav Nyquist get his first career goal. He’s really finding his game in Detroit and clicks well with Datsyuk and Todd Bertuzzi. I’d kind of like to see him stay there as the Wings get healthy and see what could happen but I don’t know if Johan Franzen works on the third line.

Ty Conklin didn’t have to do a lot but looked pretty good, much better than he did in his first stint with the team this season.

Two more points in Columbus on Wednesday would be huge but the Blue Jackets are going to want to bounce back from this one.