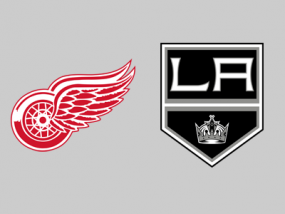 Make no mistake, I love tonight’s outcome and I love every one of the goals the Red Wings scored, but this was an awful game.

In today’s NHL, there is no way a team should win 4-3 while taking only 15 shots. This game was sixty minutes of absurdity.

That said, as was pointed out to me on Twitter, “Every so often, you need to win a piece of sh*t game to prove you can.”

The Red Wings needed this. There’s no doubt about that. They needed it to stop their skid at two games and they needed the two points to keep pace in the Central with the St. Louis Blues.

The Kings needed it, too, and they threw everything they had at the Wings in the final minute. Joey MacDonald made up for a soft goal earlier in the game by standing tall at the end.

Combine that with one of Valtteri Filppula’s best games, Henrik Zetterberg continuing his hot streak, Darren Helm finding some finish and Brendan Smith showing why he may never play in Grand Rapids again, it makes for a pretty gutsy win.

On Saturdays in Nashville and Back-to-Backs