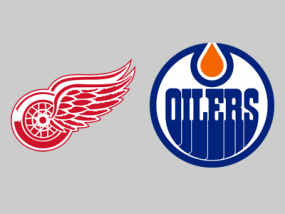 Considering I was disgusted with the Red Wings’ play by the midway point of the first period, it’s hard to complain about an outcome that saw them pick up a point.

That said, after their third-period rally to take the lead, it really feels like they should have done better.

As a whole, Detroit was awful in the first period, mediocre in the second, fantastic in the third, back to mediocre in the overtime period, and then down to awful again in the shootout. Even with that fantastic third, that’s not enough to get two points, plain and simple.

Ty Conklin didn’t get much help but didn’t do himself any favors. With Jimmy Howard on the shelf for what could be days or could be weeks, Conklin has to step his game up or he will be replaced at the trade deadline. The Red Wings might not be willing to part with the pieces needed to trade for a top-six forward but they might be able to pick up a backup goalie.

Or they could go with Joey MacDonald, who backed up Howard through last year’s playoffs and was solid tonight. He took an undeserved loss while stopping 22 of 23 shots. I will not be surprised to see him start in Phoenix on Monday.

If MacDonald’s teammates could have gotten a shootout goal, he might not have been saddled with that loss. The Red Wings looked pretty uninspired in the tiebreaker. Pavel Datsyuk made a nice move and missed the net. Todd Bertuzzi blasted it past Devan Dubnyk. Everyone else? Meh.

But a point is a point, and this was an important one to battle back and get. We’ll see how things play out from here.