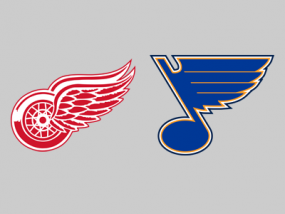 I said on Twitter that this reminded me of the Tampa game and I’ll expand on that here.

The Wings didn’t look bad tonight but they had some lapses. For the first half of the third period tonight, St. Louis controlled play and the Wings were on their heels. The Blues used that time to score two quick goals and tie things up.

In the game against the Lightning, Detroit had a similar lapse, also used by their opponent to score twice quickly and tie the game.

Like in Tampa, the Red Wings buckled back down tonight and regained their lead.

It’s not something I’d like to see become a trend but those were two important points. Like last night, I’ll take them however they come right now.