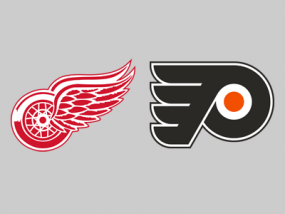 122
0
by Clark Rasmussen
In Game Recap

The Detroit Red Wings scored twice in the third period but couldn’t pull even with the Philadelphia Flyers, who rode a three-goal second period to a 3-2 win, their first victory at Joe Louis Arena since November 4, 1988.

The Red Wings had gone 16-0-2 at home against the Flyers in the 18 games between Philadelphia wins, including Games Three and Four of the 1997 Stanley Cup Finals.

James van Riemsdyk, Daniel Carcillo and Scott Hartnell scored second period goals for the Flyers, all the scoring they would need.

Just 51 seconds into the period, van Riemsdyk got things started with a shot from down low on the left wing boards that deflected off of Valtteri Filppula’s stick and over Detroit goalie Jimmy Howard’s shoulder.

Carcillo made it 2-0 at 5:32 of the period, deflecting an Andrej Meszaros shot past Howard from low in the slot.

Hartnell lifted a shot over Howard’s shoulder through a screen with 5:36 left in the second to finish the Flyers’ scoring.

Filppula got the Red Wings on the board 51 seconds into the third, skating around Meszaros and beating Philadelpha netminder Brian Boucher.

Henrik Zetterberg made it 3-2 with 7:32 remaining when he lifted the rebound of a Nicklas Lidstrom shot over Boucher on a Detroit power play.

The Red Wings were unable to find a tying goal as the Flyers held on for the win.

Zetterberg’s goal was the only power play tally for either team on the night. The Red Wings finished one-for-three with the man-advantage while the Flyers went scoreless on two tries.

Boucher stopped 25 of 27 shots faced on the night. Howard made 24 saves on 27 shots before being replaced by Chris Osgood for the third period. Osgood stopped all five shots he faced.

The Red Wings now embark on a five-game road trip that will last the better part of two weeks.