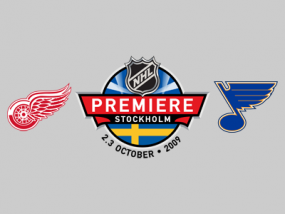 The Red Wings wrap up their preseason exhibition schedule this afternoon with a matchup against the Swedish Elite League’s Farjestads BK at their home arena in Karlstad.

Detroit is expected to play their regular season lineup for the first time in nine preseason exhibitions. Henrik Zetterberg claims he is ready to play after recovering from a groin injury, leaving Justin Abdelkader the odd man out of the Wings’ 13 forwards.

Derek Meech is out as the Red Wings’ seventh defenseman while Daniel Larsson is only with the team as an emergency goaltender and can’t play unless Chris Osgood or Jimmy Howard are injured.

The game will not be televised in the US but will be streamed live on NHL.com starting at 1:00 PM.