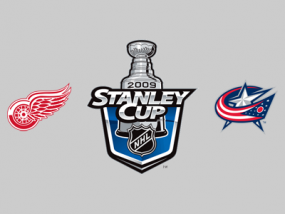 Round One, Game Two Pregame Notes

The Red Wings aren’t changing a damned thing going into Game Two against Columbus tonight. Their message has pretty much been “Don’t come out flat like Thursday and we’re fine.”

The Blue Jackets, on the other hand, are already changing things up. What they’re changing is double-secret, as Ken Hitchcock won’t confirm anything. Supposedly Derek Dorsett is being inserted into the lineup. We’ll see.

The Blue Jackets put a towel over the lineup they posted on the wall in their locker room at Joe Louis Arena.

Yeah, they’re focused on the important stuff alright. Of course, this is a team coached by a guy who’d rather complain about the Wings cheating on faceoffs than figure out why his team only had two shots in the third period Thursday.


Notes on Ericsson’s Game One Goal