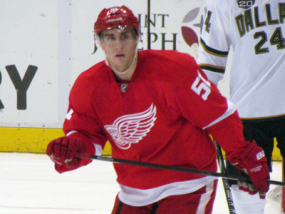 The Detroit Red Wings announced on Monday the signing of center Valtteri Flippula to a two-year deal.

Financial terms were not immediately available, because of course they weren’t.  According to MLive’s Ansar Khan, who still has us blocked on Twitter, the deal is worth $3 million annually.

I don’t like this move.  At this point in his career, Filppula is a bottom-six center and the Wings have enough of those.  Maybe they’ll shift him (or someone else) to wing and play him on the third line.

I could have been okay with it if it were a one-year deal, giving Evgeny Svechnikov time in Grand Rapids to recover from his lost season and Joe Veleno a year to adjust to the professional game.  Now Filppula will be taking up a roster spot past that timeline.