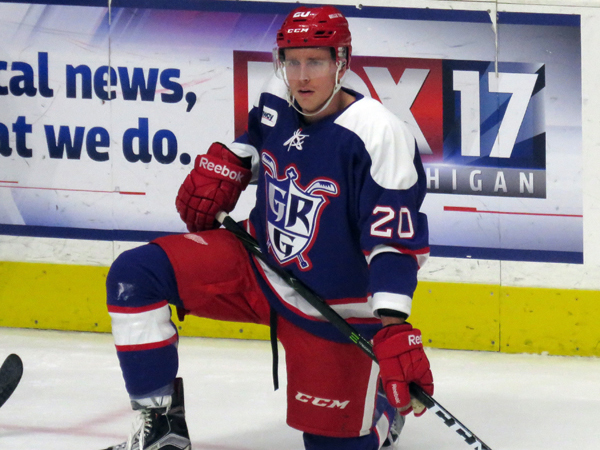 The Red Wings released their 2017 training camp roster today and with it we see the final assignment of jersey numbers.  As expected, there are some changes to note.

With Evgeny Svechnikov having switched from #37 to #77, Dan Renouf takes the #20 formerly assigned to Drew Miller.  This means that Renouf, Svechnikov, and Dominic Turgeon are all assigned the same number in Detroit as they wear for the Grand Rapids Griffins.

As Turgeon has taken the #23 that had been worn by Brian Lashoff, Lashoff switches to #32.  Lashoff wore #32 during his original stint with the Griffins but has worn #18 since returning to the team.

With Lane Zablocki having taken #46, Ben Street switches to the #11 previously assigned to Daniel Cleary.

Trade deadline acquisition Dylan McIlrath has been assigned #4 with Detroit.  Pro tryouts David Booth and P.A. Parenteau are wearing #17 and #90, respectively.  Returning Grand Rapids-bound goalie Tom McCollum got his #38 back.

Update, 9/16: I completely missed that, with the departure of Tomas Jurco, Eric Tangradi has taken #26, freeing up the #49 he had been assigned for Axel Holmstrom, as noted in my review of the prospects tournament roster.

At some point recently the Griffins’ updated the roster on their website to include new jersey numbers.

Vili Saarijarvi is currently assigned the #9 that Axel Holmstrom wore through last season’s run to the Calder Cup Championship.  Saarijarvi wore #9 with the Flint Firebirds and the Toledo Walleye but had been assigned #48 in Grand Rapids.

New goalie Matej Machovsky is assigned #34 while the returning McCollum gets his #30 back.