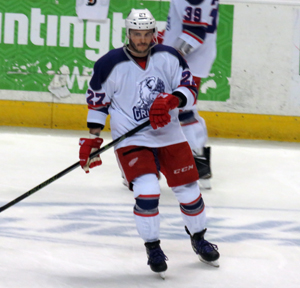 For the second time in three years, the Red Wings lost a player to the Hurricanes via waivers, as Carolina claimed Martin Frk on Sunday.

Frk, Detroit’s second-rounder in 2012, never saw a game with the Red Wings.  He had 27 goals and 17 assists for the Grand Rapids Griffins last season.

My thoughts on this are on Twitter but to re-hash…  I don’t think losing Frk by itself is a major issue.  I do think losing him for nothing combined with the coming demotions of Andreas Athanasiou and Anthony Mantha is disheartening.  I’m sure I’ll have more to say about it when those moves become official tomorrow.