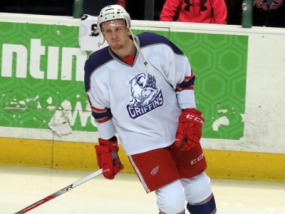 Revisiting the Myth of “Playing the Kids”

It was a summer that saw the Red Wings swing and miss on a free agent signing that would have filled a massive hole in their roster.  The team’s blueline corps was looking ineffective.  Fans were clamoring to see more of the exciting forward prospects in the system but there was no room for them on the roster.

I wrote then about how the team needed defense but instead had a glut of forwards.  Unlike then, now there’s actually talk of swapping some of the forward depth for defensive help.  Maybe they can actually do that, but no trade they do for a defenseman is going to clear up the logjam they have at forward.

On April 21, as the Red Wings closed out their season in Tampa with a loss to the Lightning, they had 14 forwards on the roster.  Tomas Jurco and Teemu Pulkkinen were healthy scratches.  Andreas Athanasiou was in the lineup.  So were the since-departed Pavel Datsyuk, Brad Richards, and Joakim Andersson.

Red Wings’ brass implied that there would be a battle for roster spots up front in the aftermath of another early playoff exit.  With two top-six forwards and a fourth-liner gone, there would seemingly be plenty of opportunity.

Then, when free agency opened on July 1, the Red Wings signed two top-six forwards and a fourth-liner.

Henrik Zetterberg, Justin Abdelkader, Dylan Larkin, and Frans Nielsen are locked in as four of the top six forwards.  One of Gustav Nyquist or Tomas Tatar might be traded but probably not both, so there’s five.  Darren Helm or Tomas Vanek likely makes the sixth, with the other dropping to the third line with Riley Sheahan.  Your fourth line is the returning Drew Miller, the extended Luke Glendening, and the recently-signed Steve Ott.

Opportunity would have been letting Helm walk.  Letting Miller go.  Not signing Ott.  Not extending Glendening.

Vanek takes the second line spot.  The third line is Sheahan with Mantha and Pulkkinen or Jurco.  The fourth line is Athanasiou with Bertuzzi and whichever of Pulkkinen or Jurco that’s not on the third line.  Some combination of Glendening (who, without that extension, isn’t as cemented into the lineup), Nosek, Frk, and Tangradi provide your depth/healthy scratches.

Let’s go back to the trade for a defenseman plan.  This is not going to be a fantasy hockey quantity-for-quality deal.  No one is going to take Jurco and Pulkkinen and Frk for a top-pairing blueliner.  This theoretical deal starts with Nyquist or Tatar.  Maybe another prospect forward gets included but more likely Ryan Sproul or Xavier Ouellet or Nick Jensen.

That deal would help solve the Wings’ defensive problems but it does not suddenly clear up the logjam at forward as well.