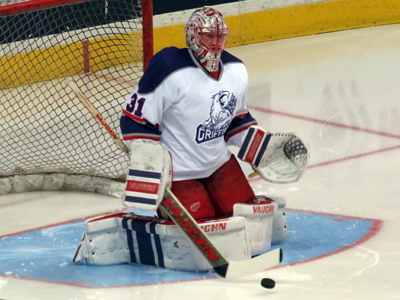 91
0
by Clark Rasmussen
In General News

The deal sheds some light on what the Wings’ organization expects their goalie situation to look like in the coming years.

While Coreau’s one-way deal for 2017-18 does not prevent him from being sent down to Grand Rapids, it would appear that the 2016-17 campaign will be his last with the Griffins and he’ll be with the Red Wings for their first season at Little Caesars Arena.  One can assume that he would back up Petr Mrazek, with Jimmy Howard having been traded or claimed by Las Vegas in next summer’s expansion draft.

Coreau had opted for salary arbitration earlier in the day but, obviously, the hearing was not necessary.  This leaves defenseman Danny DeKeyser as the lone Red Wing facing arbitration.


How Will the NHL Honor Gordie Howe?