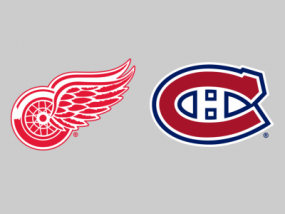 Nope. I don’t wanna. I don’t wanna write about the Red Wings’ loss to the Canadiens.I said on Montreal Hockey Talk before the game that I expected a Detroit loss and it happened for exactly the reasons I expected it. The Wings’ defense is not what it needs to be to compete with the top teams in the league on a regular basis. The top pair of Niklas Kronwall and Jonathan Ericsson is not a top pair on most of the elite teams and it dominos from there. Ericsson had an awful night. Mike Green had a brutal turnover that turned into a goal. Kyle Quincey’s horrific misplaying of the puck led directly to Montreal’s first goal.

Which shouldn’t have happened anyway, of course.

Look, I know there are a lot of people who say that because the Wings ended up losing by three, it’s not worth complaining about one goal. Take that goal away and Montreal still wins. Yeah, but alternate history isn’t a matter of math. Take that goal away and everything after it changes. Maybe a Canadiens team playing from behind gambles more and loses. Maybe the Red Wings get cocky and make even more mistakes. We don’t know.

If that sounds familiar, it’s because I’ve said it before.

Speaking of blasts from the past, I brought it up on Twitter but I think it’s interesting to compare a blown off goal from almost a year ago in Montreal to the allowed one tonight.

Apparently, when the goalie is Carey Price it’s impossible to stop the puck while someone’s skate is touching your pad, but if you’re Petr Mrazek you’d better just find a way to make it work.