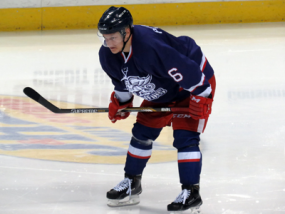 103
0
by Clark Rasmussen
In General News

The 23-year-old Pulkkinen scored five goals and added three assists for eight points in 31 games for the Red Wings last season. He also scored 34 goals with the American Hockey League’s Grand Rapids Griffins, good for the most in the league despite playing only 46 games.

Pulkkinen, selected by the Red Wings in the 2010 NHL Entry Draft (4th round, 111th overall), made his NHL debut for Detroit during the 2013-14 season, appearing in three games without scoring a point. In parts of three AHL seasons, he has appeared in 119 games, scoring 65 goals and 56 assists for 121 points.