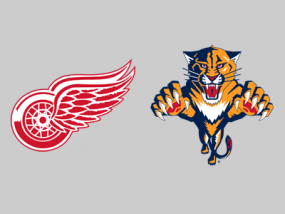 The Red Wings host the Florida Panthers tonight. Detroit has lost four of their last six against the division rivals, despite the Panthers having missed the playoffs in four of the last five seasons.

There’s one change to the Detroit lineup from their shootout loss to the Toronto Maple Leafs on Wednesday, as Xavier Ouellet has been called up from the Grand Rapids Griffins to replace the injured Danny DeKeyser. Justin Abdelkader moves to short-term injured reserve to open up the roster spot, as he’s been out with a shoulder injury. Daniel Cleary and Brian Lashoff will be the healthy scratches.

Stupid stat of the day: On this date in 1979, Joe Louis Arena opened. The Red Wings did not play that night, but they are 4-4 at the Joe on the anniversary of the arena’s opening.