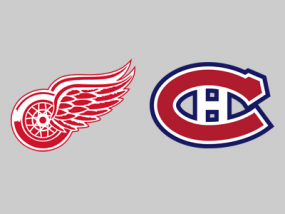 There’s a decent amount of buzz that the Wings didn’t play well enough tonight to overcome and, thus, they didn’t deserve to win. That they can’t win without the power play clicking and since it’s not clicking yet, the loss is their fault.

I want to see the power play clicking. I want to see the Wings dominate and keep the foot on the gas and not let the Canadiens back in this one. The fact of the matter, though, is that you don’t have to do those things to win a game. You just have to score more goals.

Detroit scored two goals in regulation on Tuesday. Montreal scored one. That’s good enough to win, except for the fact that a ref bit on Carey Price’s act that he was interfered with and all of the sudden two goals became one.

While you should go into a game planning on playing as well as you can and scoring as many goals as you can, you shouldn’t have to go in planning on having goals wiped out.