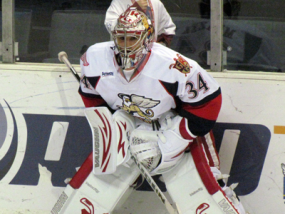 The Detroit Red Wings announced on Tuesday the signing of goaltender Petr Mrazek to a one-year contract extension. Financial terms were not officially revealed but the Detroit Free Press reports he’ll earn $737,500.

Mrazek had one year left on his current contract, meaning he is now signed through the 2015-16 season.

Mrazek will play for the Griffins again next season, with Jonas Gustavsson having been signed to back up Jimmy Howard for one more year. He’s expected to join the Red Wings full-time the following year.